Following A Builder for Profits – An Example

As the real estate market begins to calm down, many worry about making a profit on their homes. Here’s an example of the “follow the builder” profit strategy.

The first couple I met who worked the pattern I’m talking about did it the first time almost by accident. They 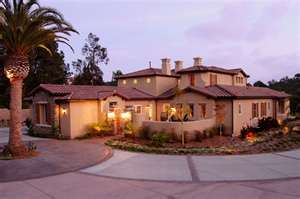 bought one of the first houses built-in a neighborhood that took about two years to build out. Toward the end of the two-year period, they were out for a walk and, on impulse, went into a house under construction that represented a bit of a “move up” from their home. The same builder who had built their home was building it.

The couple went to the sales office of the builder and found out that the house they’d walked through was already under contract. They were shocked to find out the price was $150,000 more than they’d paid for their home! The house was a little larger, but not enough to account for the difference. In fact, they found out their home had increased $100,000 in value.

Builders usually have bright, attractive, cheerful, enthusiastic people on their sales forces. These people often have a wealth of knowledge. They know (or can usually find out) which communities the builder has built-in, is building in, and maybe even where they’re going from there. They know a lot about the pattern of price increases for various models. They have some idea of the speed of build out.

It’s also possible to take walks in a builder’s neighborhoods and ask people how that builder is to work with, if construction and “punch list” completion are done reasonably and well, and if they’d choose that same builder again under similar circumstances.

If all the information you develop is favorable, you can start to “follow that builder.” Builders usually sell the first few houses in a neighborhood for less money than any of the homes subsequently built. They’re

contracted for before the streets and amenities are complete, and it takes a lot more imagination to see a charming, pleasant neighborhood where now there’s only mud and bulldozers.

Follow the builder is a strategy that has been used. If you like a particular builder, you can use the strategy to put serious money in your pocket.

Using an Agent to Sell your Home