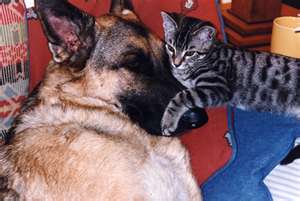 Is your pet worth $100,000? It may be if you don’t make accommodations for it when selling your home.

A house I’d seen with a potential buyer in an attractive neighborhood built around two lakes sold for $100,000 less than was typical for the neighborhood. Do you know what caused it to sell for that much less? A pet. Actually, two pets.

I can hear you thinking, “How can that be? Surely she doesn’t know what she’s talking about this time. How could two pets reduce the sales price of a home by $100,000? Is that even possible?” I understand your skepticism, but it’s true. Let me tell you how I know. When I made the appointment for the potential buyer to look at the house, I wasn’t told about the presence of pets. We arrived at the house, knocked

on the door, and when no one answered our knock, I got out my electronic key to open the box containing a key for brokers to use. While I was doing this, we began to hear some loud barking from large dog or dogs inside the house. The buyer said she did not want to go into the house with “dogs on the loose.” I have to admit I wasn’t thrilled with the idea either, so we went on to the next house she was considering.

She asked me if we could see that house the next day sans pets. I called and made arrangements.

The next day we looked at a two story, 5 bedroom, house with a

fully finished, walkout basement that supposedly didn’t have pets. It was a nice house, but the whole house smelled strongly of pet odors. The furniture in the basement was shredded – truly not too strong a word to use. I’ve never seen furniture in worse shape. The front of the house was nicely landscaped. The back of the house was a disaster. The door frames and exterior doors were scratched and gnawed. The lawn had beaten paths and patches. There wasn’t a flower or a shrub to be seen. The “buyer” couldn’t get away fast enough.

I later found out the owner of the house had a German Shepherd. The second “dog” was a wolf and shepherd mix. The house stayed on the market longer than typical, the price was reduced several times and the final sales price was $100,000 below what was typical for the neighborhood. Now you tell me, what cost that seller $100,000?

Don’t misunderstand, I know pets are wonderful.Pets enrich your life. They don’t enrich the sales price of your home. Take the right steps though, and they won’t rob you of any of your equity.

How to Avoid Buyer’s Remorse

How Can A Lender Benefit From A Property Short Sale?