Why Real Estate Investing Is A Process

One thing that many people do not realize is that learning to invest in real estate is a process. They don’t realize that because they often only see the end result – a prosperous person with a Midas Touch, or a person who always finds

themselves in an avalanche of great deals.  They think the person is simply lucky. 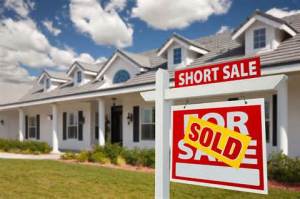 Ken McElroy, who wrote “The ABCs of Investing,” one of the Rich Dad book series, said that, if you begin to do the things that investors do, you will start to see patterns. You can use those patterns to determine your course of action. It’s just another way of saying, “Fortune favors the prepared mind.”

People who just don’t get that concept, or who refuse to accept it because it is attached to the concept of work, tend to be magical thinkers and get-rich-quick schemers. They think there is something mystical at work, when the only thing really at work is the investor. McElroy says that there are some people who just don’t really have the desire to do the work. Those tend to be the magical thinkers, and they are that way because they want to be.

However, if you do have the desire to do the work, and all you need is to be told what work to do, then there is hope. You can learn the technical skills. Those are the people, McElroy says, for whom he wrote “The ABCs of Investing.”

Elsewhere in the Rich Dad series, Robert Kiyosaki, who started the series, said that the people who do lose big in real estate investment are typically the ones who jump in without first taking the time to learn about investing. They simply don’t know how to do it. That is what people don’t understand about getting rich, and more specifically about real estate investing, that it is a process. You are no

But if you take it slowly and allow yourself to make plenty of small mistakes that won’t make you crash, then you will begin to build a base of knowledge. You will begin to see how it all fits together and you will start to make money.

It is a process.

Rental Questions? When A Parent Moves To An Apartment

Home Appraisal, What Is My Home Worth?