Help Prevent A Home Burglary, Things You Are Able To Do

These days, home burglary is one the rise.  Over 70% of all crime these days relates to property crimes, normally involving the home.  Although police and local authorities are doing everything they can to put a stop to crime,

burglary is something that cannot be stopped.  Even though there are ways to protect yourself, burglars will always be lurking out there – waiting for their next victim.

Even though there are ways to prevent unwanted entry to your home, a determined burglar will always find a way to get in.  Breaking and entering is his job, and most burglars are extremely good at it.  Statistics show that burglaries occur every 15 seconds.  What that means, is that every 15 seconds there is someone out there getting robbed.

Over the years, home burglaries have received a lot of attention, some of which have even been on the news.  Although some burglars eventually get caught and arrested, most seem to disappear without a trace.  To protect yourself and your home, there are tactics such as security alarms, burglar alarms, and even security cameras that you can use.

own with a signature or mark that you can easily identify once the property has been recovered.  You can use micro dots, UV pens, or even laser pens.  The idea here is to mark your property so it won’t be easy to sell on the black market.  Even though it may sound weird, most burglars do study their targets quite a bit before they decide to rob them.

One of the most effective forms of home security is the home security system.  If a burglar tries to rob your home and notices that you have a security system set up, he will normally start to get second thoughts and eventually change his plans.  On the other hand, if the burglar decides to go ahead and rob a home with a surveillance system anyway, the system will normally catch him on video, making it easy for the police to identify who he is.  Home surveillance and security cameras are great to have, and can either be wireless or wired, dummy or real, outdoor or indoor, or even a combination of several.

Alarms are also a great way to prevent burglary.  The police will tell you that home burglar alarms prevent over 50% of attempted burglaries in the home.  There are several types of burglar alarms, from those that aren’t expensive to those that are monitored around the clock.  Alarms will let burglars know that robbing your home isn’t going to be easy, and that they should really give it a second thought.  Tried and true over the years, alarms have been proven to be very effective and above all else – they work.

No matter what direction you decide to take, there are indeed ways that you can protect your home from burglary. In the United States, home security systems have really become a big business.  Millions of 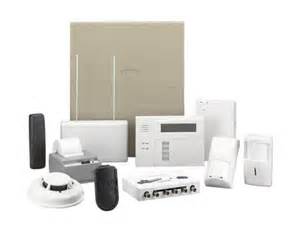 home owners throughout the U.S. are investing in security and surveillance systems, knowing that the day will come when they will come in very handy.  Even though you may never be robbed, there is always a chance.  Burglaries can happen at any time, which is why you should always be protected.  If you think ahead and invest in a security system, you’ll be prepared for anything that happens. You have to think in terms of self-defense – and ensure that your home is protected for anyone who decides to make you a target.

Why Do I Need A Realtor To Sell My Home?

When Decide To Purchase A New Home, Things To Look For