SW Florida Real Estate and the Many “Months” of March, Naples, Ft. Myers, Bonita Springs, Estero, isles Of Capri, Golden Gate. This March has been such a busy one on the SW Florida real estate calendar that I thought it would be a good idea to double-check everything just to be certain I wasn’t overlooking any important happenings.

It wasn’t just that the first day of spring on the 20th is the traditional start of what’s regularly the busiest time of year for SW Florida real estate activity. This is a reliable phenomenon, further reinforced by the 61 million results you get when you Google “Spring Real Estate Selling Season.” To be accurate, the National Association of REALTORS® fudges a little by calling spring and summer the hottest seasons for real estate activity—but it turns out they are pointing to the fact that many sales initiated in spring close during the summer (which is when people prefer to move).
March also has a red-letter day on the 23rd, which is when Freddie Mac, the 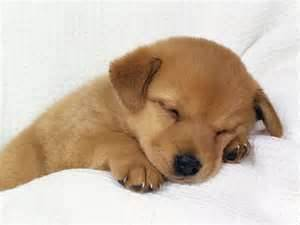 mortgage reinsurer, is set to kick off their ‘Home Possible’ program. It’s a lowering of their down payment requirements, so mortgage lenders will have more leeway with borrowers. That should provide a further boost for SW Florida real estate activity, which has been laboring for years under tough lending requirements that discouraged some otherwise well-qualified home buyers.
Then there was also St. Patrick’s Day (although that has a less-than-convincing effect on SW Florida real estate activity). There is March Madness, in which basketball plays havoc with more than just television schedules. You could say that it plays hob with appointment times for many SW Florida home showings, since the last five minutes of most of the games take at least half an hour.

Just in case the calendar has even more events that might affect SW Florida real estate, we thought we’d better check to be certain we haven’t overlooked any upcoming happenings.
We found out we can relax.
True, this March is Optimism Month, which is certainly thematically in tune with the positive spring real estate outlook (speaking of ‘in tune,’ March is also Music in Our Schools Month and Play the Recorder Month).
It’s International Ideas Month, which, for anyone who’s been following the headlines, is certainly arriving in the nick of time. For those who are, internationally speaking, prone to sticking to their old ideas, March is also International Listening Awareness Month. It’s Mirth Month as well as Humorists are Artists Month. It’s also Noodle Month (does this have a connection with Mirth Month?), Peanut Month, and National Nutrition Month.
In addition to minding nutrition, this is a month for safety: it’s National Collision Awareness

Month, as well as National Cheerleading Safety Month. It turns out, there are another couple of dozen other Months that are taking place right now, but most have little to do with buying and selling homes.
SW Florida Real Estate and the Many “Months” of March, Naples, Ft. Myers, Bonita Springs, Estero, isles Of Capri, Golden Gate. What seems better connected to SW Florida real estate is the fact that this is also Umbrella Month, although it’s too early to know the precipitation total for the whole month. It hasn’t prevented many showings or open houses, for sure. In any case, if you are thinking of taking advantage of the Spring Selling Season, it’s also a terrific month to give me a call!