A SW Florida Short Sale Can be Anything but a Shortcut! Naples, Ft. Myers, Bonita Springs, Estero, Cape Coral

A SW Florida Short Sale Can be Anything but a Shortcut! Naples, Ft. Myers, Bonita Springs, Estero, Cape Coral. The term “short sale” has been misleading people for decades. Despite the name, it’s a term applied to transactions that often

involve a lengthier-than-usual sale process. A SW Florida “short sale” is named for the financial aspect of a sale rather than the length of time it requires. It’s anything but a shortcut.
The ‘short’ in ‘short sale’ describes a sale at a price that comes up short—is less than the full amount owed on an SW Florida home loan. As you’d guess, whether a bank (or any mortgage holder) accepts such a sale is a decision that is up to the lender.
Why would a bank choose to move ahead with a short sale instead of holding out for the full amount? After all, if a borrower is unable to pay, it’s hardly the bank’s fault. 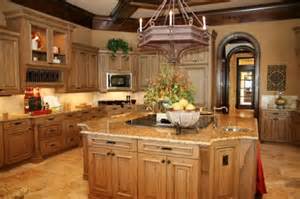 You might think that it is always in the bank’s interest to hold out for full repayment, and to take possession of a mortgaged property whenever that doesn’t happen…but in reality, that’s often not true. In the real world, the bank will lose money on either a short sale or a foreclosure—but the latter is often more expensive, since it requires the bank to do the expensive work of repossession and selling the property.
To a distressed homeowner, a short sale is an opportunity to close accounts on better terms. Instead of weathering a foreclosure, which would result in a major

strike against his or her credit record, if the bank will agree, it becomes a joint resolution between the debtor and bank—and that doesn’t just sound more amicable. But getting the lender’s approval is where the delay issue usually crops up. The steps needed before the mortgagee and the bank agree to sell the home at the lower price vary. They can involve submitting a buyer’s discounted offer, or the borrower convincing the bank that a short sale is warranted—usually after following procedures spelled by the bank. The bank can (and usually will) reject a short sale proposal or offer if it feels more money can be gained by foreclosing. And it can take a while…
It may sound like a happy solution for homeowners with financial problems, but

among other drawbacks (for instance, there can be tax issues), the “a while” it takes to close a SW Florida short sale can be between five and seven months! Yet for patient (or even better, very patient) buyers and sellers, a successful SW Florida short sale can yield the best of a bad situation and an unmatched bargain.
A SW Florida Short Sale Can be Anything but a Shortcut! Naples, Ft. Myers, Bonita Springs, Estero, Cape Coral. There are endless variations for how any given short sale can proceed, so having an experienced REALTOR® in your corner is always a good idea…and calling me is the way to start!