The Not-So-Secret FICO Formula behind SW Florida Home Loans, Naples, Ft. Myers, Bonita Springs, Marco Island, Lehigh Acres. When anyone is in the early stages of finding a SW Florida house to buy, unless they are planning to pay for it with cash, a large part of what eventually happens will be determined by the home loan they secure. Both the size of the

home loan and its interest rate are negotiable, but in almost all cases, the applicant’s part of the “negotiation” consists of comparing offers from various SW Florida home loan providers.
So unless you are The Donald (or can supply your own wheelbarrow full of cash), SW Florida’s mortgage companies will have a large say about what they think you can afford for your next home. Even though they represent totally different entities, their decisions tend to be awfully similar. The reason for that is that they all work from similar information: your assets, your current ability to generate cash— and your FICO score.
If you have ever suspected there is some kind of mysterious secret formula involved in coming up with that last, your suspicion was valid. But your FICO score isn’t a total mystery—some parts of their 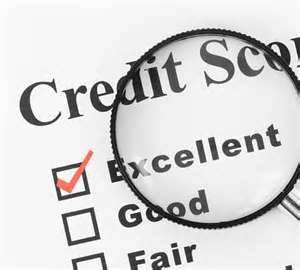 formula have been (however grudgingly) made public. Since the system is so pervasive, it’s good to know as much about it as you can.
To begin with “FICO” is just a company name. Back in the 50s, Bill Fair and Earl Isaac got together and engineered a credit scoring system, and so Fair Isaac COmpany was in business. Once Fannie Mae and Freddie Mac began to use them, it became a very good business. Now all the major consumer reporting agencies (Experian, Equifax, TransUnion—even PRBC and Innovis) use them. As to how they come up with their all-important scores, FICO has published the exact formula (sort of):
• 35%: Payment history: If you have or don’t have derogatory information, like bankruptcies, liens, judgments, settlements, charge offs, repossessions, 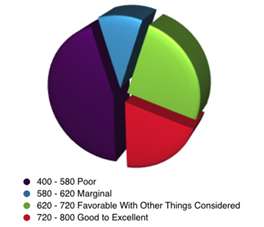 foreclosures, or late payments. It makes up more than a third of your score.
• 30%: Amounts owed: Your current state of indebtedness.
• 15% Length of credit history: This one is why borrowing anything early on in your consuming career is a good idea. A long history makes you more trustworthy.
• 10% New credit: Have you recently been opening credit accounts all over the place? That’s probably not a nifty idea.
• 10%: Types of credit used: A variety of the kind of borrowing you have done also makes you more trustworthy: revolving credit cards, car loans, home loans and lines of credit all broaden your appeal (at least the way FICO sees things).
That sounds reassuringly cut-and-dried—but before you relax, remember that ‘sort of’ we began with? As one analyst 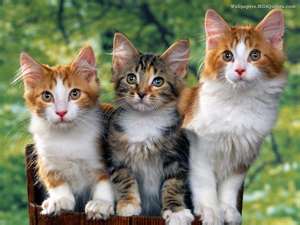 writes candidly about the Types of credit used category: “It carries the same weight as the New credit category…but in reality, the two categories aren’t quite equal.” If you had been under the impression that 10% = 10%, you now know otherwise. Also, FICO itself states that the percentages it makes public “are for the general population. For particular groups…the relative importance of these categories may be different.” In other words, the percentages are hard and fast, unless you are in a particular group. If you ask what is considered ‘a particular group,’ it gets mind-numbingly confusing. Sort of like the sound of FICO clearing its corporate throat and changing the subject…
The Not-So-Secret FICO Formula behind SW Florida Home Loans, Naples, Ft. Myers, Bonita Springs, Marco Island, Lehigh Acres. Nonetheless, knowing just this much about what’s behind a SW Florida home loan originator’s decision will stand you in good stead when it comes to securing your next home. Another canny move: give me a call right from the start!