SW Florida real estate watchers probably assumed had to be one of those weird, crazy coincidence feature stories that crop up from time to time. I was a little surprising that Zillow, the big national real estate firm, was said to be the source. It was all over the TV and radio newscasts, usually providing the cutesy end-of-broadcast segment. It hit dozens of news blogs, led by headlines like “Starbucks will boost your home’s value” (Fortune) and “Starbucks increases neighborhood, home values” (cnbc.com).
Yeah. Sure thing—just like the one about a rock on Mars that looks just like a monkey. Here in SW Florida, we’ve seen Internet stories like this come and go before…
But then, after delving into the actual source, it turns out that this tall tale actually does have an unchallengeable basis in

fact. Zillow research shows that in the 17 years leading up to 2015, homes within a quarter-mile of a Starbucks location grew in value by 96%. That’s more than 30% greater than the average increase! It was enough to puzzle even the most skeptical SW Florida homeowner.
But there is a logical reason that explains it—one that’s a little different from what the headlines might lead us to believe. It’s one that won’t make some fast food execs very happy…
First of all, Zillow did come up with the research. Why is not exactly clear (other than to grab a bunch of headlines), but their blogger Melissa Allison is the author of the ‘hot home-buying tip:’ 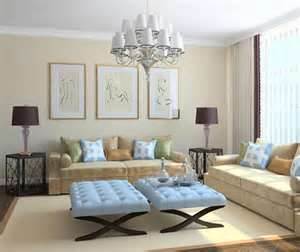 “Buying near a Starbucks has benefits beyond easy access to your double-tall, non-fat, bone-dry cappuccino,” she wrote, followed by the head-scratching statistics. She also clarified that the effect was not common to all coffee vending shops. Homes near Dunkin’ Donuts locations appreciated only 80% during the same period. And there was a U.S. map pointing out the cities with the most pronounced ‘Starbucks effect’ (Boston and Philadelphia).
Here in town, though, regardless of how relevant it is (or isn’t) to SW Florida home values, it was definitely one statistic worth investigating further. You just had to—in case there really was some obscure nugget of home value wisdom to be had. In fact, after reading through a half-dozen commentaries, there does seem to be at least one logical explanation, and with it, as Ms. Allison promised, a home value tip: 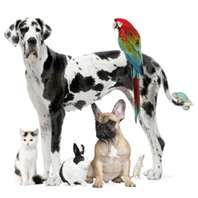 a) The real estate executives at Starbucks are very good at picking their locations. They find areas where home values are going to rise a lot faster than elsewhere.
b) The real estate executives at Dunkin’ Donuts—not so much.
c) Don’t take headlines literally. “Markets Where Starbucks Boosts Home Values the Most” is very misleading. Where an area as a whole is hot, home values rise. Starbucks is just good at slipstreaming behind them.
Starbucks Boosts Home Values Story Puzzles SW Florida Readers, Naples, Ft. Myers, Bonita Springs, Estero, Golden Gate, Sanibel Island. SW Florida home values rise when their owners improve the property, or when the neighborhood grows in popularity, or when the trend has all SW Florida home values on the rise. The best ‘hot home-buying tip’ to come out of this?
Don’t start looking for a Starbucks sign; just give me a call!