SW Florida Home buyers’ Credit Score Concerns Often Overblown. Most Americans have now arrived at the conclusion that it is a good time to buy a home. That’s the top line analysis from one of the country’s major mortgage creators, but 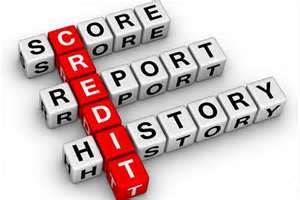 there’s a secondary finding about credit scores that could also have a sizable impact on SW Florida real estate activity. Some would-be SW Florida homeowners would benefit from learning the information—which is about misinformation.
second annual “Wells Fargo Home ownership Survey” is a national survey of 2,016 respondents, and the source upon which last week’s Franklin Codel analysis is based. The excellent news for current and soon-to-be SW Florida home sellers is that a whopping 72% of respondents think now is a good time to buy a home. Most Americans also agree that “owning a home remains a vital part” of the American dream— and continues to be a key element in the strength of the nation.

Running counter to that upbeat survey result is the finding that despite the efforts of lenders (and the government) to make credit more available to potential mortgage applicants, two misconceptions are widespread enough that they are “holding many potential buyers back.”
The misinformation:
 The misconception that every buyer must have at least 20% for a down payment; and
 A belief that credit scores alone determine whether an applicant will land a home loan

Under the heading The legend of the 20% down payment, Wells Fargo’s Codel points out that 36% of the general population (and larger proportions of minority groups) qualify for loans with lower down payment options— some of them as low as 3%.
But equally illuminating is what Codel has to say about the importance of credit scores. He is the head of mortgage production at Wells Fargo, so SW Florida home seekers can be expected to pay attention to what he has to say, which is that credit scores are not as all-important as most people think. Because creditworthiness is not determined based on a single factor, home buyers should do some

investigating of their options “before excluding themselves based on credit scores alone.” And when it comes to the actual scores themselves, it’s not true that a ‘good credit score’ has to be above 780. There are multiple models and investor guidelines—and under some of them, more than 660 “is generally considered good.”
If it’s true that SW Florida home buyers agree that now is the time to make a foray into the market, it’s refreshing (and rare) to hear a top mortgage lending insider provide that kind of encouragement. His conclusion is that the cited misconceptions can be overcome with a “better understanding of how credit works”—and that a good lender will use a borrower’s “entire financial picture, not just credit score” to decide whether to issue a mortgage.
SW Florida Home buyers’ Credit Score Concerns Often Overblown. The takeaway is for prospective buyers to do some investigating to find out what their home owning prospects actually are: they might be pleasantly surprised. A good place to start: giving me a call!