Mortgage Interest Rates in SW Florida are Just One of Many

Mortgage Interest Rates in SW Florida are Just One of Many.  It’s really as simple as this: when SW Florida mortgage interest rates are low, good things happen in SW Florida real estate. And last week, when The Washington Post 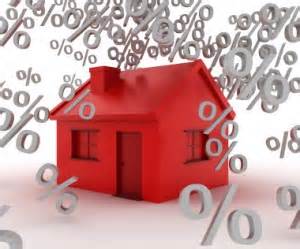 commented on the news coming out of Washington, it indicated exactly that. “Mortgage rates fall for the third week in a row” was the headline summarizing the latest data from Freddie Mac. It was good news—but there were also new grounds to wonder how long it was going to last.
One of the key reasons for the strength of SW Florida’s residential market has been shown in the ‘affordability’ index, which gives a numerical answer to the question every prospective local home buyer understands: can I afford it? The index uses a number of economic factors to come up with the answer to whether typical families can afford the monthly cost of a typical home. Of course, it all revolves around what that monthly cost actually is. For local buyers, that cost rises and falls along with SW Florida interest rates.
So the latest figures once again signaled smooth sailing. Nationally, Freddie Mac

reported that the 30-year fixed-rate average had ‘slipped’ to 3.93%. Anything less than 4% is, in historical terms, really low. As homeowners who were around at the start of the 1980s will tell you, when mortgage interest rates climb into double digits, the monthly payment amounts grow so steep the whole market is hamstrung (in 1981 and 1982, mortgage interest rates averaged north of 16%!)
That’s the reason why anyone who is even beginning to lay plans to buy or sell knows their budget will be affected by the direction SW Florida interest rates head. Consulting expert opinion hasn’t helped much over past few years, either. Most seers have been predicting a rise in rates for quite a while. They’ve been consistent (in being wrong).
Nevertheless, at the end of last week it looked increasingly likely that their expectations might finally be met—and soon. Federal Reserve’s Chairman Yellin has been issuing statements that indicate a bias toward raising Fed rates, if the economy can sustain them. On Friday, the latest labor reports were widely hailed as indicating the kind of strength that she had been talking about. The year’s final Fed meeting will take place on December 15-16. If they do raise the benchmark federal funds rate, SW Florida mortgage interest rates will certainly follow. The real question on both fronts was how much…
Mortgage Interest Rates in SW Florida are Just One of Many.  When you decide to buy or sell a home, SW Florida mortgage factors are important, yes—but they are only some of many considerations. One factor that won’t change is that I will be standing by, ready to help on all fronts!