SW Florida Homeowners Study Whether Now is a Good Time to Sell. A SW Florida home is never put up for sale on a

whim. Although outside events can conspire to control the timing of that kind of major real estate venture, in most cases, the sale or purchase of a home happens on a timetable the SW Florida buyer or seller thoughtfully works out. That can be when a move will least interfere with everything else that’s going on (school and career schedules are often the ruling considerations). Or, it can be when surrounding conditions seem particularly auspicious.

The answer to the “is now a good time to sell” question looked to be a pretty firm ‘yes’ last fall for a number of reasons. The rebound in SW Florida home values had been underway for long enough that in many instances, previous high water marks had been equaled. Many who would have expected low appraisals as few years back could now anticipate friendlier results. The volume of sales seemed mainly limited by the number of homes being offered; and if fewer competing properties were available, all the better. In the background, good economic news began to arrive more frequently…

Also, there was one well-publicized additional factor that made it look as if the “good time to sell” might not last much longer. It was widely anticipated that action by the Federal Reserve Board to finally raise the Fed funds rate would rain on the SW Florida real estate parade, since that would certainly force banks to raise home loan interest rates. 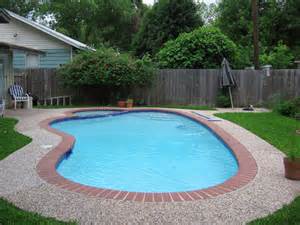 Nationwide, those reasons had the expected result. Per Reuters in last Friday’s New York Times, apparently it had been a very good time to sell. “HOME RESALES RALLIED IN DECEMBER, AND PRICES ROSE AS WELL” was the headline describing last month’s activity. Unseasonably warm weather had helped, but “buyers rushing into the market in anticipation of higher mortgage rates” may have been more of a factor.

Sure enough, the Fed did raise the benchmark Fed funds rate, causing mortgage

That’s where the analyses, expectations, predictions, forecasts and conjecture fell to pieces. The banks were supposed to have to raise home loan rates to match, yet by last Friday they had shed another quarter of a percent. As the Times reported, “…rates on 30-year mortgages have dropped below 4%, and many mortgage experts expect them to stay below 4.25% this year.”

As the SW Florida real estate market prepares for the upcoming spring selling season, that unexpected boost seems to herald a lengthy extension of the extremely favorable borrowing environment. When SW Florida homeowners ask themselves “is now a good time to sell?”—the answer seems to have gone from a “yes” to “yes, indeed!”

SW Florida Homeowners Study Whether Now is a Good Time to Sell. If your response to the buying or selling question is tipping toward a ‘yes,’ now is the time to explore how your plans mesh with today’s SW Florida  market. A good start: give me a call!