Speed and Agility Creates SW Florida House Flipping Successes, Naples, Ft. Myers. Most SW Florida house flipping veterans can look back on their successful projects and place them in either of two columns. Either they were intended to 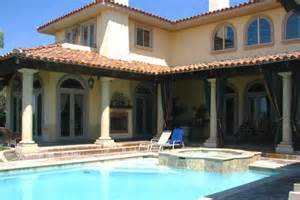 be quick flips—turnarounds where speed was a prime ingredient because of an original tactical decision—or they were not.

The quick flips depend on speedy, focused action in three of the four phases a house flipping project entails. In the opening phase— lining up the capital—speed is not important. Of course, nothing else will materialize unless financing for the SW Florida property is obtainable when needed—but there is no timer ticking away. Once it is likely that funding will be obtainable, that’s when the clock starts.

Phase Two—finding, negotiating, and closing on a suitable property—is a real foot race. A quick flip only materializes after a suitable property has been identified. “Suitable” in this context means a home that can be made attractive in the SW Florida market without requiring extensive and time-consuming rehabilitation—cosmetically challenged, but not structurally unsound. If it is already on the market, it’s probable that the present owner’s circumstances make them disinclined to oversee any turnaround work themselves. The need for speed is apparent: since the current asking price has to be low enough to allow sufficient profit upon its resale, other interested 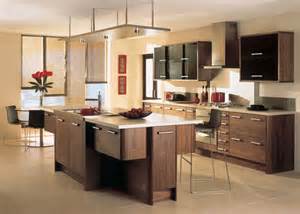 parties will be interested once they get wind of the opportunity. This kind of qualified house at a sensible price is certain to find a ready buyer quickly.

During the next fix up phase, speed and agility is equally important. The work of repairing and renovating calls for fixing underlying mechanical issues, then making everything cosmetically inviting and immaculately clean. Time really IS money: not just the time a project takes, during which the investment capital can’t be allocated elsewhere—but also the house flipper’s time. It’s why many are themselves experienced contractors—and why most of the others have a deep contact list of those they can rely upon. When a turnaround effort drags on for

month after month during which the project is consuming rather than producing, the bottom line suffers. A quick flip’s success can be measured by its final net profit divided by the number of weeks it took, purchase to sale.

The end phase of house flipping is the sale—which calls for expediency for the same reasons. If all else has proceeded as planned, speed here is likely for one simple reason. If the first three house flipping phases have been professionally executed, that means that a profitable sale can happen with an asking price that’s a touch beneath comparable SW Florida properties. Nothing assures speedy success more than that!

Speed and Agility Creates SW Florida House Flipping Successes, Naples, Ft. Myers. Quick flips are not the only kind of SW Florida house flipping, either. Some properties need a lot more tender (and time-consuming) care before they can be profitably returned to market. But for either kind of buying and selling, being able to rely on an experienced Town Realtor® is a key asset. Whether your next real estate endeavor is in search of profit or simply a home that’s just right for your family, I hope to be answering your call!